Linux is also the operating system’s kernel and a UNIX clone. The Linux operating system is open-source and has been made available by Linus Torvalds free of charge. To download the Linux operating system, go to the official website and download it for free. There are several types of Linux Operating System Linux Mint, Ubuntu, Red Hat Enterprise Linux, Debian, Fedora, and Kali Linux. In most multinational companies, Linux is mostly used in servers. Linux is very safe and fast and it is also free. Does any virus in Linux not work? Linux kernel is also used in smartphones as per the computer’s operating system. Today we will learn about ‘Top Basic Linux Commands for Beginners’. 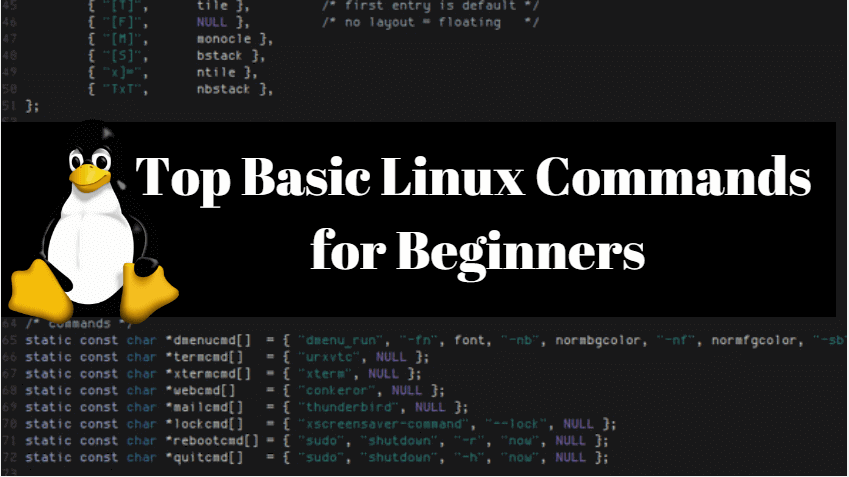 By entering Basic Linux commands ‘ls‘, you can see what is in our directory.

Enter ‘ls -l‘ command to show in the directory files and folders list.

By entering ‘ls -a‘ you can see hidden files and folders.

Enter the ‘cal‘ command to see the calendar in Linux Trunk. Also, enter any month of the month and month ahead of cal and year to go directly into the month. 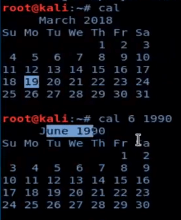 The command cmp can byte by byte by comparing the file.

The cp command is used to copy files and directories.

To check your system’s disk space usage, use ‘df‘ as the following command.

To exit the terminal, type the ‘exit’ command.

Type ‘who’ in the terminal to see which user is currently logged into the system.

‘w‘ command is used to display system uptime and to show other user information.

‘ssh‘ command allows you to remotely access the system.

shutdown Command lets you power down your system and also reboot, halt, and power-off.

‘Scp‘ command is used to copy files from your network system safely.

The command rmdir is used to delete empty directories in a system.

To delete any files or directories in the system, use the ‘rm‘ command.

The ping command is used to check connectivity in the network or to check the Internet.

The user in your system used the ‘passwd‘ command to create a password. In the previous article, you see ‘How To Reset Forgotten Kali Linux Root Password‘ and ‘Step by Step Change Root Password In Kali Linux 2018.1‘.

There are many commands in Linux, we have seen some Linux commands in them. I hope this article will be useful to you. If you like this article, just share it so that it can be used by new Linux learners.