How to Use iTunes on Linux To Sync iOS Device Data

How to use iTunes on Linux for owners of the iPhone and iPods is a question, as iTunes is the primary way to sync music, movies, and other data from their PC to their devices. It’s also a great way to buy music or stream millions of songs with Apple Music. And that is great for users of the Mac OS and Windows, which both have versions of iTunes. But what about Linux? Is there iTunes for Linux? The answer is, no. Apple doesn’t make a version of iTunes that can run on Linux. But that doesn’t mean it is impossible to run iTunes on Linux. It just means that it’s a little harder. 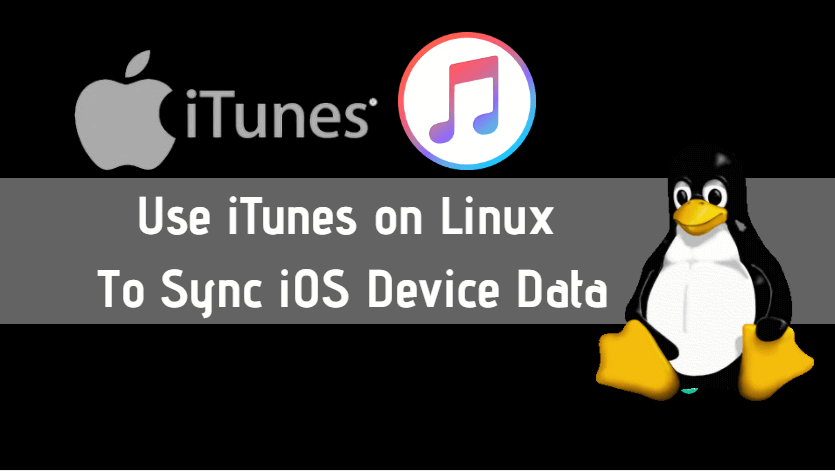 Use iTunes on Linux To Sync iOS Device Data

Use iTunes on Linux To Sync iOS Device Data:

Use iTunes on Linux Using Wine:

Your best bet for running iTunes on Linux is Wine, a program that adds a compatibility layer on your PC that allows you to run Windows programs on Linux.

Here is what you need to do:

Once you’ve finished installing, you should be running iTunes on Linux.

This post at AskUbuntu.com has more extensive instructions on running iTunes in WINE.

NOTE: This approach will work on some Linux distributions, but not on all. I have seen most people say they’ve had success on Ubuntu, but the differences between distributions mean your results may vary.

Use iTunes on Linux Using VirtualBox

The second means to get iTunes for Linux is a little bit of a cheat, but it should work, too. This approach requires that you install VirtualBox on your Linux system. VirtualBox is a free virtualization tool that imitates the physical hardware of a computer and lets you install operating systems and programs in it. It allows you to, for instance, run Windows from inside the Mac OS or, in this case, to run Windows from inside Linux.

To do this, you will need a version of Windows to install in VirtualBox (this may require a Windows installation disc). If you’ve got that, follow the steps below:

So, while this isn’t truly running iTunes in Linux, it does give you access to iTunes and its features from a Linux computer. And that, or running WINE, is probably the best you’ll get until Apple releases a version of iTunes for Linux.

Will Apple Release iTunes for Linux?

Right now this might be the question in your mind; Will Apple ever release a version of iTunes for Linux? Never say never, and of course, I don’t work at Apple so I can’t say for sure, but I’d be pretty surprised if Apple ever did this for Linux users.

Generally speaking, Apple doesn’t release versions of its flagship programs for Linux (not all of them even exist on Windows). Given the relatively small number of Linux users and the cost that would be required to port and support programs on Linux, I doubt we will ever see iMovie or Photos or iTunes for Linux.

That’s all, In this article, we have explained How to Use iTunes on Linux To Sync iOS Device Data. I hope you enjoy this article. If you like this article, then just share it and then do subscribe to email alerts for Linux, Windows, macOS, Android, Internet, Firewall and Security, CCTV tutorials. If you have any questions or doubts about this article, please comment.